What does it mean when a guy says he misses you? It’s a loaded question, for sure, and one that many females ponder upon extensively, in hopes of a concrete answer.

But what does it actually mean?

Is it a term of endearment? A heartfelt gift of affection, or merely a line that he uses in order to get what he wants? All of the above? Perhaps none of the above!

At the end of the day however, it all comes down to the why! And we’re here to give you answers!

Why does he say that he misses you?

I’m sure you’ll agree with me when I say that it’s a lot more complex than ‘one size fits all’, as every relationship is dynamic and unique. And let’s face it, half the time we can barely make up our own minds about the way in which we feel!

So, does he really miss you?

Luckily, we’ve broken it down for you in five easy explanations!

1. He utterly and completely does miss you!

Does he name the things that he misses about you? You know, something more than just the physical or sexual attraction? Has he listened to the things that you’ve said - things that are important to you - and remembered them? Has he acted in such a way that his gestures and words are meaningful on a deeper level, rather than a cute good night text every few days or showing up to a date? Is he emotionally present?

If you can confidently tick those boxes, then his words really do have meaning. He really does miss you.

Bottom line: He misses every part of you - the good, the bad, the ugly! He takes the time to show his appreciation of you and it far outweighs a mere physical or manipulative motive.

Admittedly, that statement is rather over-dramatic - it isn’t always a bold-faced lie! But in your particular case, think about his actions as opposed to his words.

Does he back up his words with actions?

When he says he misses you, does he do something about it? Is he making an effort to see you in order to eradicate his said-longingness?

Or is he conveniently busy with friends and other engagements when you ask to see him?  Is he simply feeding you words in order to keep you at arms length, and merely trying to make you feel good for an ulterior motive?

Is he manipulating you with his words?

If you’ve answered yes to the latter questions, then this guy could be quite a manipulator who does, in fact, enjoy your company...when he feels like it. Perhaps on those cold nights when he doesn’t want to be alone and feels like a cuddle or a bit of a Netflix marathon, but he almost certainly isn’t ready for or interested in a committed relationship.

All of these are very valid and important questions to ask yourself when wondering, “what does it means when a guy says he misses you.”

Bottom line: He’s there when he feels like it, but would prefer to feed you what you want to hear to keep you around. Actions speak louder than words! 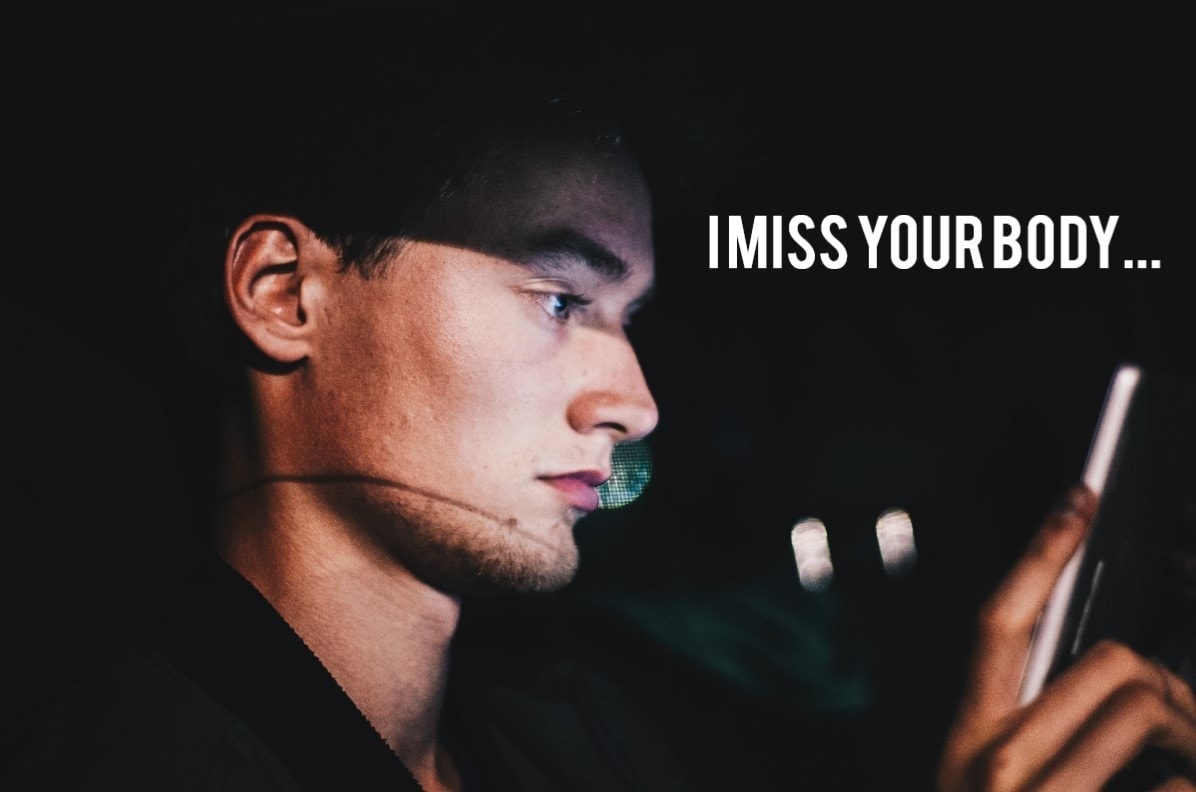 Take some time and think about the times and situations in which this guy tells you that he misses you.

Is it during the week? Only on weekends? Perhaps it’s at 2am when all of the bars have closed and he’s texted you something cheesy such as, “I miss your body”. This is a pivotal moment, girls, as there is a big difference between missing someone on an emotional and spiritual level and missing someone’s body.

Is it an emotional or a physical attraction?

Of course, physical attraction and sexual chemistry is important in a relationship, but if his words are fuelled by only these motives, then it’s safe to say that he does miss you - just not in the way that you might hope he would.

Bottom line: He misses your body, not you. Manipulation is one of the oldest tricks in the book, and allows the manipulator to gain what he or she wants while influencing others to participate in things that they otherwise would not.

And whether it’s a friendship, relationship, family member, co-worker, or other - we’ve all been a victim of manipulation at one point or another.

In this particular case however, be very careful if a guy says he misses you in times when you seem vulnerable!

Is he making you feel vulnerable?

An example of this would be when he requests nude photos of you, or asks you to do something that you are not comfortable with. It is at this time when one needs to be particularly perceptive while bringing his character into question. Why would someone that truly misses and cares for you, request something of that nature when they know that you are not comfortable with it?

If you feel that you are someone who regularly seeks answers due to insecurity or concern, then this is an important concept to think about. Analyse his timing, motives, and ways in which he tells you that he misses you.

Bottom line: If he tells you that he misses you right before or after asking or doing something manipulative or disrespectful, then he does not really miss you.

This may be applicable if you have (recently) broken up with a guy, or perhaps he’s run into you unexpectedly (online or not), and is now missing what he used to have with you.

You may be asking yourself why he has said that he misses you, and it may lead you to believe that perhaps feelings have resurfaced after seeing you again - and this is a totally legitimate notion! But, it will take a bit of introspection to find out why this has happened, all of a sudden.

To do this, look at the context of the situation.

Perhaps you’re looking really good, and he regrets letting you go? Ask yourself whether his behavior and actions post-break up have been favorable in terms of dating, or has be been breaking hearts left, right, and centre?

All of this will help you to find the real reason as to why he’s decided to reconnect, and tell you that he misses you.

Bottom line: Real feelings could be resurfacing, but he could also just miss the idea of having you in his life.

Of course, human behavior is extremely complex - like a never-ending maze, but the most important thing is to realise your worth, and to sit down and sensibly wonder what he means when he says he misses you.

This could be helpful to do with a friend or a professional who can act as an outsider. It can also be therapeutic to write your feelings down - whether it’s in a blog, on scraps of paper, or merely a pros and cons list on your iPhone.

Accept the things that you know you deserve!

Is he the one for you and are his intentions true, or is he playing a game with your emotions?

Hopefully these tips will help you to come to a rational and positive decision.

For more clues, check out how to make him miss you and see if your tick any of the steps mentioned in the post.